Based in God's Word

As an SBC church, we adhere to the Baptist Faith and Message. Below are some of the highlights from it.

The Holy Bible was written by men divinely inspired and is God's revelation of Himself to man. It has God for its author, salvation for its end, and truth, without any mixture of error, for its matter. Therefore, all Scripture is totally true and trustworthy.

There is one and only one living and true God. He is an intelligent, spiritual, and personal Being, the Creator, Redeemer, Preserver, and Ruler of the universe. God is infinite in holiness and all other perfections. God is all powerful and all knowing.

God as Father reigns with providential care over His universe, His creatures, and the flow of the stream of human history according to the purposes of His grace. God is Father in truth to those who become children of God through faith in Jesus Christ. He is fatherly in His attitude toward all men.

Christ is the eternal Son of God. In His incarnation as Jesus Christ He was conceived of the Holy Spirit and born of the virgin Mary. Jesus perfectly revealed and did the will of God as a human yet without sin. With His substitutionary death on the cross, He made provision for the redemption of people from sin. He was raised from the dead and appeared to His disciples. He ascended into heaven and is now exalted at the right hand of God. He will return in power and glory to judge the world and to consummate His redemptive mission. He now dwells in all believers as the living and ever present Lord.

The Holy Spirit is the Spirit of God, fully divine. Through illumination He enables men to understand truth. He exalts Christ. He convicts men of sin, of righteousness, and of judgment. He calls men to the Saviour, and effects regeneration. At the moment of regeneration He baptizes every believer into the Body of Christ, cultivates Christian character, and bestows the spiritual gifts by which they serve God. He enlightens and empowers the believer and the church in worship, evangelism, and service.

Man is the special creation of God, made in His own image. He created them male and female as the crowning work of His creation. The gift of gender is thus part of the goodness of God's creation. In the beginning, man was innocent of sin and was endowed by his Creator with freedom of choice. By his free choice, man sinned against God and brought sin into the human race. Only the grace of God can bring man into His holy fellowship and fulfill His purposes. God created man in His own image, and Christ died for man; therefore, every person of every race possesses full dignity and is worthy of respect and Christian love.

Election is the gracious purpose of God, according to which He regenerates, justifies, sanctifies, and glorifies sinners. It is consistent with the free agency of man, and comprehends all the means in connection with the end. It is the glorious display of God's sovereign goodness, and is infinitely wise, holy, and unchangeable.

All true believers endure to the end. Those whom God has accepted in Christ, and sanctified by His Spirit, will never fall away from the state of grace, but shall persevere to the end.

A New Testament church of the Lord Jesus Christ is an autonomous local congregation of baptized believers, observing the two ordinances of Christ, exercising the gifts, rights, and privileges invested in them by His Word, and seeking to extend the gospel to the ends of the earth. Its scriptural officers are pastors and deacons. While both men and women are gifted for service in the church, the office of pastor is limited to men as qualified by Scripture.

The New Testament speaks also of the church as the Body of Christ which includes all of the redeemed of all the ages, believers from every tribe, and tongue, and people, and nation.

Baptism and the Lord's Supper

Christian baptism is the immersion of a believer in water in the name of the Father, the Son, and the Holy Spirit. It is an act of obedience symbolizing the believer's faith in a crucified, buried, and risen Saviour. Being a church ordinance, it is prerequisite to the privileges of church membership and to the Lord's Supper.

The Lord's Supper is a symbolic act whereby members of the church, through partaking of the bread and the fruit of the vine, remember the death of the Redeemer and anticipate His second coming.

The first day of the week is the Lord's Day. It is a Christian institution for regular observance. It commemorates the resurrection of Christ from the dead and should include exercises of worship and spiritual devotion, both public and private.

The Kingdom of God includes both His general sovereignty over the universe and His particular kingship over men who willfully acknowledge Him as King. Particularly the Kingdom is the realm of salvation into which men enter by trustful, childlike commitment to Jesus Christ. Christians ought to pray and to labor that the Kingdom may come and God's will be done on earth. The full consummation of the Kingdom awaits the return of Jesus Christ and the end of this age.

God, in His own time and in His own way, will bring the world to its appropriate end. According to His promise, Jesus Christ will return personally and visibly in glory to the earth; the dead will be raised; and Christ will judge all men in righteousness. The unrighteous will be consigned to Hell, the place of everlasting punishment. The righteous in their resurrected and glorified bodies will receive their reward and will dwell forever in Heaven with the Lord.

It is the duty and privilege of every follower of Christ and of every church of the Lord Jesus Christ to endeavor to make disciples of all nations. Missionary effort on the part of all rests upon a spiritual necessity of the regenerate life. The Lord Jesus Christ has commanded the preaching of the gospel to all nations. It is the duty of every child of God to seek constantly to win the lost to Christ by verbal witness undergirded by a Christian lifestyle, and by other methods in harmony with the gospel of Christ.

The Christian and the Social Order

All Christians are under obligation to seek to make the will of Christ supreme in our own lives and in human society. The improvement of society can be truly and permanently helpful only when they are rooted in the regeneration of the individual by the saving grace of God in Jesus Christ. In the spirit of Christ, Christians should oppose racism, every form of greed, selfishness, and vice, and all forms of sexual immorality, including adultery, homosexuality, and pornography. We should work to provide for the orphaned, the needy, the abused, the aged, the helpless, and the sick. We should speak on behalf of the unborn and contend for the sanctity of all human life from conception to natural death.

God alone is Lord of the conscience, and He has left it free from the doctrines and commandments of men which are contrary to His Word or not contained in it. Civil government being ordained of God, it is the duty of Christians to render loyal obedience thereto in all things not contrary to the revealed will of God. The church should not resort to the civil power to carry on its work. The gospel of Christ contemplates spiritual means alone for the pursuit of its ends.

God has ordained the family as the foundational institution of human society. It is composed of persons related to one another by marriage, blood, or adoption.

Marriage is the uniting of one man and one woman in covenant commitment for a lifetime. It is God's unique gift to reveal the union between Christ and His church and to provide for the man and the woman in marriage the framework for intimate companionship, the channel of sexual expression according to biblical standards, and the means for procreation of the human race.

The husband and wife are of equal worth before God, since both are created in God's image. The marriage relationship models the way God relates to His people.

Now it's time to follow in obedience in baptism. 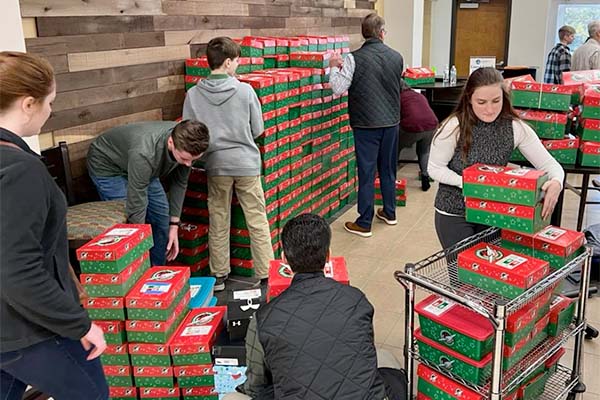 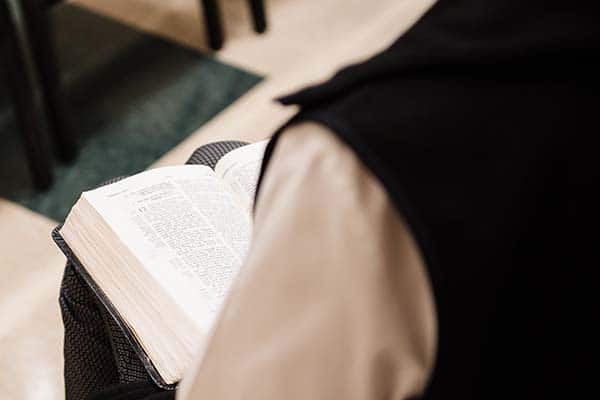 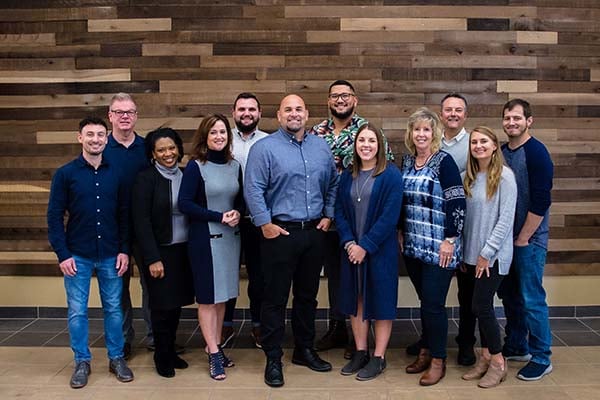 WITH YOU. FOR YOU.